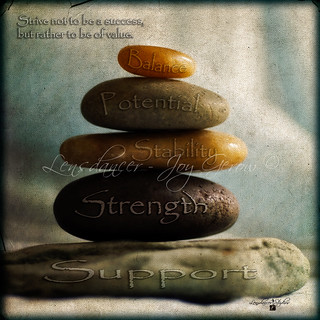 Consider the story of Jean Nidetch: Jean was overweight as a child, she was overweight in high school, and despite endless diet regimens, her waistline kept expanding throughout her twenties and thirties … She fit the medical definition of “obese.” Jean tried diets and pills that promised to take off the pounds, but she always gained back the weight she lost.

In 1961, at age 38, Jean started a diet sponsored by the New York City Department of Health. After 10 weeks she was 20 pounds lighter, but starting to lose motivation. She realized that what she needed was someone to talk to for some support …

Since she couldn’t get her pals to make the trek with her to Manhattan to sign up for the official health department regimen, she brought the “science” of the program to their living rooms in Queens. Jean and her friends would all lose weight together. Out of those first meetings grew Weight Watchers, widely recognized as one of the most effective weight-loss programs in the world.

Nidetch’s idea was simple: Losing weight requires a combination of dieting and peer support. She held weekly meetings with weight check-ins and goal setting to promote accountability, coupled with honest, supportive conversation about the struggles, setbacks, and victories over losing weight. Eventually, Nidetch, who’d lost seventy-two pounds, rented office space and started leading groups all across New York City. In 1963 she incorporated. As of 2007, Weight Watchers International had retail sales of over $4 billion from licenses, franchisees, membership fees, exercise programs, cookbooks, portion-controlled food products, and a magazine. Nidetch retired in 1984, leaving behind a legacy that has saved the lives of literally millions of men and women. As the company’s current CEO, Dave Kirchhoff notes, “Though the science of weight loss has evolved over the years, the core of Jean’s program–support and accountability–has remained constant.”
For more inspiration and information: http://templehayes.org/

← The Intentional Gathering
Life Rights for Everyone Everywhere →

In John 5:5 and 6,Jesus asks,“Do you want to get well?”He later states “It is our faith which has made us well.” These two profound truths, our wanting and our faith,are significant in our Unity teachings and can apply to everyone. In the first truth, we acknowledge that we must want to be well. Some…

What do you believe about heaven?

In Unity, we believe heaven is a state of consciousness which is realized by living in the present moment.We do not acknowledge heaven in the traditional sense,as a place in the sky or a piece of property with pearly gates where all “good” people will one day coexist. It does not seem fathomable to us…

A New Place of Deeper Living

As long as we believe the cross is rugged, we will never outgrow the splinters that come with it. We will never learn to go with the “natural grain” of life—a cross of empowerment rather than a cross of deep, wounded rejection and disconnection. Dolly Parton was once quoted as saying, “Get down off the…

To Wish Upon A Star Is Progress, To Know That You Are One Is Evolution

When this idea came to me, I was not referring to being a celebrity or improvisation management. I was referring to being a unique and unrepeatable creation of Spirit.  When I was a teenager, I loved the crescent moon and star and had posters, rings and necklaces. The symbols were on my state flag of…

Listen to Temple LIVE every Wednesday at 1pm CT on Unity.fm